How to Teach English in France: Everying You Need to Know

About Teaching English in France

The history. The romance. The food. France is an alluring country, and teaching English in France can be a great way to see and experience everything it has to offer.

Teaching in France is competitive, especially if you’re not a citizen of the European Union. There are fewer opportunities than in some other countries. But that doesn’t mean that it’s impossible to find a job. You just have to be more resourceful and be willing to try less orthodox methods or use your life-circumstances to your advantage.

Requirements to Teach in France

The most important requirement is that you be a native speaker of English. Without that prerequisite, you can forget about teaching English in France. But, assuming you’ve got native speaker checked off, there are a few other requirements.

We’ll talk about this in more depth below, but you should know that having a visa is the only way you’re going to be able to work in France. There are stories of showing up on a tourist visa and working for an unscrupulous language academy, but that more legend than fact.

There are several different visas that you can apply for, depending on the type of school or job you are interested in. If you are a European Union citizen, then your ability to find work as an English teacher in France will be more straightforward.

Most applicants considering France will need at the minimum a bachelor’s degree from an accredited university or college. Typically, the type of degree is not important, so if you’ve got a B.S. in molecular biology, but have always dreamed of moving to France, don’t worry, your degree won’t prevent you from being considered.

Of course, if you have a degree in English or a related subject, that may improve your chances.

The Best TEFL Courses for France

However, many people who have lived and worked in France as English teachers attest to the fact that many schools won’t check on your certificate. They report experience and a unique approach to teaching are often enough to impress in an interview.

Regardless, it is worth considering TESL or TEFL certification as it can open up many more doors for you, particularly if you are considering a career as an English teacher abroad.

French salaries are lower than you might be used to or expect. Add to that English teaching positions in France are not full-time. Expect to make anywhere between 790 to 2000 euros per month. Most people who teach English in France go for the experience, not the riches, and you should be prepared to break even.

When considering salaries, another fact to keep in mind is that the French enjoy anywhere from 5 to 10 weeks of vacation per year. If your contract doesn’t include paid time off, you might need to do some teaching on the side or budget accordingly. Otherwise, you might find yourself in Paris in August sans work, wondering if you can live off baguettes and butter for a month.

When considering salaries, keep in mind the cost of living. If you’re the kind of person who’s ready to take in as many Michelin-starred restaurants in Paris as you can, your expenses will be significantly higher than if you’re the frugal type who cooks dinner at home. The location also matters.

As you might expect, Paris is by far the most expensive city in which to live, so keep that in mind. Most sources put average monthly costs between 1500 to 1900 euros per month, though if you luck out with rents, cook at home, and are okay drinking 2-euro bottles of wine you can live off less.

By considering your goals or reasons for wanting to teach English in France, you can determine which type of school or job will offer you the best mix of salary and experience.

The most common type of employment for an American. You will work roughly 12 hours a week and can expect a monthly salary of 790 euros per month.

Private language schools, particularly one of the big chains, pay anywhere between 1400 to 2000 euros.

Teachers who choose to teach in countries like China, Japan, South Korea, or Taiwan can expect their employers to provide perks like housing and roundtrip airfare. The same cannot be said for France. Far more people are interested in teaching in France than there are positions. Furthermore, Americans have to compete with EU citizens. Thus, employers see little reason to add enticements to contracts.

Many teachers who have made the journey to France tell prospective teachers that they should have at least $3,000 banked before even heading to France. That money will go towards airfare, housing before you start getting paid, and will be a cushion, particularly if you get a job without paid vacation time.

There are several different visas that you can qualify for depending on the type of school you teach at.

If you are accepted into the TAPIF program, you will have no trouble getting your work visa, and the program will help you through all the necessary steps.

In very rare cases a non-EU citizen can have his or her work visa sponsored by the school or company. If you get hired, your employer is the one who will apply for your visa. Once the application has been accepted, it is passed on to French immigration officials who will then be in touch with the French embassy in your country.

You must then visit the embassy and complete the application. You will need a valid passport, any paperwork, proof of travel plans, and evidence of return flights.

Many forms of student visas allow holders to engage in some part-time work, up to 20 hours a week. To qualify for the visa, you must be attending school. Many people choose to go to a French language academy.

You will have to show proof of enrollment, fill out a Long Stay Student Visa application in person at the closest French consulate/embassy. There you will provide officials with a valid passport, a processing fee (50 euro), proof of financial independence (roughly $800 per month you plan to stay), proof of enrollment at a school, and proof of return airfare.

If you’re staying more than six months, you must visit the Office of Immigration (OFII) within the first three months of being in France to register.

As noted above, there are a plethora of working options for teaching English in France. Let’s break down those options in more detail. Each has pros and cons.

This program provides teacher’s assistants to public primary and secondary schools around France. You must be between the ages of 20 to 35 to qualify. TAPIF is also the most popular and easiest way for American teachers to get hired in France. You are given a seven-month contract which spans from October to the end of April. Unlike other teaching gigs in France, TAPIF requires you be proficient in French.

There are many pros for teachers going the TAPIF route:

Working through TAPIF does have some cons as well:

The requirements for getting a job at a private language school are much more stringent than TAPIF. Americans are competing with EU citizens who don’t need work visa sponsorship. For most Americans, getting a visa while living outside the country can be next to impossible. Your best chance is to be living in France already. Students often have visas that allow some part-time work.

There are several pros of working at a private language school or academy.

Cons of working at a private language academy include:

If you are a student pursuing a Master’s degree or higher can be hired as a lecteur/lectrice at a university. Those who have already completed a Master’s or a Ph.D. can be considered for the maître de langue position at a French university. These positions are typically 12-month contracts and pay roughly 1200 euros a month. University lecturers also get generous vacation time. You’ll be living like the French in no time.

FAQs about Teaching in France

Do I need a college degree to teach English in France?

Yes, almost every respectable job will require at least a bachelor’s degree.

Can I teach in France with a criminal record?

While France doesn’t currently require a background check to our knowledge, many schools will ask you if you’ve ever been convicted of a crime and it’s best not to lie.

Do I need a TEFL to teach in France?

No, a TEFL is not required but it always helps. 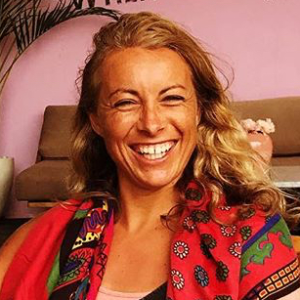 Emma is a writer for ESL Authority and a former teacher. She lives down by the sea in Cornwall, and enjoys surfing, cold water swimming, and going on adventures.