The Complete Guide to Teaching Online with Golden Voice English

Golden Voice English is a Canadian education company with headquarters in Toronto. They provide online English tutoring sessions to ESL speakers via both one-to-one and group classes.

Despite being based in Canada, most of the students on Golden Voice English are from China, while tutors are native English speakers from North America.

Golden Voice English is a relatively new ESL teaching company, so it doesn’t yet have the reputation of big-names like VIPKID or SayABC.

However, it is growing quickly, thanks to a solid curriculum that has been designed to follow the official government-mandated English curriculum requirements in China. They’re always hiring new teachers to meet the growing student demand.

What are the requirements to teach for Golden Voice English?

If you’ve ever looked for the Golden Voice English requirements online, you’ll probably have noticed that there’s a lot of conflicting information out there.

Different job listings and reviews list different requirements, so figuring out what you actually need to get hired is a bit of a headache. To cut through the mess, I went straight to the official Golden Voice English website and pulled the information from there.

Here are the official minimum Golden Voice English requirements as listed on their website:

You’ll notice that they don’t mention any educational requirements there, which is a godsend for some ESL teachers. They’ll consider applicants without a degree or ESL certification. However, both a BA degree and relevant ESL certificates are preferred.

In addition to the above, you’ll also need to meet some basic tech requirements. These requirements differ depending on your operating system but, in a nutshell, you’ll need:

The exact technical specifications are very lengthy and differ for Mac and Windows users. If you want the details, you can find them on this page.

You can also check your internet speeds here.

ManyCam Studio: Ready to use effects, backgrounds, and whiteboard to keep students engaged!

What does Golden Voice English pay?

Golden Voice English pays between $16-22 USD per hour, according to a recent job listing.

However, they don’t state this outright on their official website, and there are a few conflicting advertised pay rates out there. Another post listed the Golden Voice pay rate as $20 CAD per hour, which is around $15 USD per hour.

The truth is the pay rate is probably negotiable and will vary between teachers. That being said, most of the information out there points at a rate of somewhere between $15-$25, so it’s probably safe to expect something in that ballpark.

This is around the industry standard and similar to companies like VIPKID and SayABC, so it’s a pretty average pay rate.

Unlike many other ESL employers, Golden Voice English doesn’t really offer any incentives or bonuses for teachers on top of the base pay package. They do occasionally run seasonal incentives, but these are few and far between and don’t really make much of a difference to your paycheck.

Golden Voice English also pay monthly, rather than weekly or biweekly. Again, this is pretty typical in the online ESL industry.

What is the interview process for Golden Voice English?

Here is what the Golden Voice English hiring process looks like, step by step:

What is the Golden Voice English teaching schedule?

Golden Voice English hours fall between 6:00 AM and 10:00 AM EST, Monday to Saturday, so you’ll be in for an early start. These teaching hours are set to fall during peak times (evenings) in China, as most students learn English after school has finished.

You’re in charge of your teaching schedule so you can open up slots based on your availability and Golden Voice English will do their best to fill those slots with classes. The only requirement is that you must be available for a total of at least 9 Golden Voice English hours per week.

Classes last for 30-minutes and you’re expected to check in each day to see if they’ve scheduled any classes for you the next day.

The classes you’re assigned can be group classes of up to six students. Once you’ve been assigned a class, you’ll teach those same students every week for a whole semester. There’s a new semester each season.

As the maximum number of hours you can work per day is 4 hours, it’s probably not suitable for a full-time job. Even if you opened up every available slot and had a full schedule of classes, you’d still only be able to teach for 24 hours per week.

Golden Voice English classes take place on the company’s own teaching platform. They use an LMS (Learning Management System) called Zoom, which you’ll learn how to use during your orientation and training.

When you first log into the LMS portal, you’ll see your available class slots and can open them up. When classes are booked, you’ll be able to see the classes ahead of time on this page.

The actual teaching materials have to be downloaded separately from a different website, and then uploaded to the Zoom platform before each lesson. This can be time-consuming although the process itself is simple.

That being said, the teaching materials themselves are pretty good. Golden Voice English has a very specific curriculum so the lesson plans are very structured, which makes it easier for you as a teacher to deliver them.

When class starts, you’ll work through the PowerPoint slides with your students. The lessons include original storylines and characters known as the ‘GVE kids’ and the ‘Longo dragon family’, who make the slides a little more engaging and interesting for younger students.

Often, the best way to get an idea of how good an ESL employer is is to look at the reviews. With that in mind, I’ve trawled through Glassdoor and other review sites to find out what Golden Voice English teachers have to say. As is always the case, Golden Voice English reviews were a bit of a mixed bag. Some reviews were overwhelmingly positive, while other teachers were dissatisfied. Let’s start with the positives.  Here are the main good things that seemed to come up a lot in reviews of Golden Voice English:

And here’s an example of a positive review of the company. On the flip side of the coin, here are some things teachers didn’t like:

Again, here’s an example of a negative review. If you’re interested in hearing more, I also found a great video review from an ex-teacher for Golden Voice English on YouTube. Check it out below!

All in all, Golden Voice English is definitely a company worth considering applying to, especially if you don’t have a BA degree or ESL certification, as they have a pretty low barrier to entry and pay reasonably well.  However, there are certainly plenty of arguably better employers out there that pay more, offer higher booking rates, and use interactive platforms. If you’re from North America, I’d recommend checking out our guide to teaching English online with VIPKID to find out more. Good luck teachers! 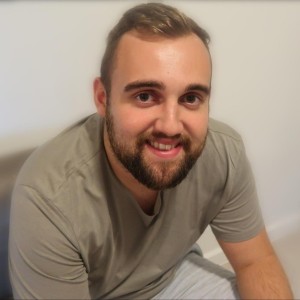 Matt is a writer, former ESL teacher, and founder of Remotely Working. When he’s not busy writing, you can probably find him sipping a flat white and planning his next adventure.

GET CERTIFIED TO TEACH ONLINE