40 Years After Normalization: A Review of Memoirs by American Teachers in China

Travel abroad and teach?  What new college graduate or retiree hasn’t at least considered the possibility of spending a year in a foreign land as a teacher of English, spreading goodwill while soaking up the sights. But travel to China to teach English? Today it may be a less stirring option than in past years because, well, frankly, it’s just old hat, isn’t it, no big deal. By now, in 2019, it’s safe to say that most of us know someone who was a teacher in China at one time or another.

There was a time, however, just 40 years ago, when such teaching was a rarity and a journey to the Middle Kingdom as a teacher was a grand adventure, a leap into the unknown. As testimony, we have a handful of fine memoirs from those early years, all of them still good reading with much to say about China today.

Opening to the West

The door opened in the late 1970s, when China’s leaders began a reform of the nation’s economy, ravaged by the decade-long Cultural Revolution (1966-76). In the view of Deng Xiaoping, better relations with the West would help bring his country into the modern world and advance the Four Modernizations (industry, national defense, science and technology, and agriculture). And so it began, an open-door policy under which China welcomed in guest academics, practitioners, and consultants from the capitalist countries of the West, who came with the expectation they would share their state-of-the-art expertise with a grateful host. Such persons were designated “foreign experts.”

After relations between China and the United States became normalized in 1979, there followed a ferment of bilateral agreements and exchanges with American colleges and universities to bring such experts—teachers—into Chinese classrooms. A good many signed up for the adventure; they packed a bag and grabbed their passport. By 1981, “about 180 American teachers and 50 research scholars lived and taught at Chinese universities,” and most of them were teachers of English. Today, 38 years later, such teachers account for the majority of American educators in China.

Many of these educators completed their contractual teaching and returned to write about it: in anecdotal accounts, papers, and books such as Teaching China’s Lost Generation: Foreign Experts in the People’s Republic of China, published in 1985. Here, in detailed letters home refashioned as a book, authors Tani Barlow and Donald Lowe give an account of their eventful year as teachers at Shanghai Teachers College in 1981-82. Teaching China’s Lost Generation was among the first of the American teacher memoirs.

At the same time more consciously constructed memoirs by American teachers in China began to appear. Of this group, four stand out, each the work of a talented writer who, given the level of remembered detail, seems to have arrived in China thinking, “I want to experience this and then write a book about it.” Field notes and recall became stories. In the end, each had written a work of narrative art, a publishable book, a memoir.

Here is my selection of the four best:

Of the four authors, Bill Holm was the outlier at the time of his China trip, a middle-aged professor of English from a Midwestern college; Mahoney, Selzer, and Hessler were recent college graduates (all Ivy–Harvard, Yale, and Princeton) in their twenties. All were placed in China through educational exchanges, except Hessler, who had signed on with the Peace Corps.

Once in the college classroom, they faced students who had never before had a foreign teacher, a native speaker of English (and an “American devil” to boot). But those students had acquired some English in their primary and secondary schooling and could follow a clearly presented lesson, especially when enlivened by a comic performance, song, or skit. A full course of instruction in some subcategory of English—perhaps oral English, writing composition, or American literature—was expected and had to be presented somehow, and that often meant varying amounts of lecturing, in-class exercises and “free talk” to connect with the students’ lives outside the classroom.  Of the four writers, Mahoney provides the best account of the day-to-day working life of the foreign teacher—preparing lessons, conducting classes, interacting with students and administrators.

Outside the classroom, China is a dizzying array of distractions for Holm and Mahoney, who appear knocked back by culture shock in the early going. Both arrived in China without knowing the language—they could neither speak nor read it—and knew little of the history and culture of China; each had but a one-year teaching contract and then would return to America. “I don’t know anything about China” notes Holm at the start of Coming Home Crazy, “but I do know what happened to me, and I can, therefore, be trusted to tell you the history of my experience.”

Their unpreparedness was typical of foreign teachers in China at that time: Most neither spoke nor read Chinese. With only a phrasebook knowledge of the language, however, and the assistance of their English-speaking hosts, colleagues, and students, most did just fine as teachers.

Salzman and Hessler were far better prepared than Holm and Mahoney when they arrived in China, each for a two-year tour of teaching, as they had some familiarity with the culture and the language. Salzman had studied Chinese history and was fluent in Mandarin, while Hessler with his Peace-Corps preparation, was determined to learn the language on site, and did so, mastering spoken and written Chinese with the help of tutors. Thus with their language advantages, they were freed to range far afield without the company of an interpreter or minder from the college foreign affairs office, into the city and countryside, where they had access to the lives of ordinary Chinese who proved eager to talk with them. This access provides a sweep and richness missing in the memoirs of Mahoney and Holm, who were limited by the language barrier.

Nothing of note that could be considered a memoir by an American foreign teacher in China was published through the middle and late 1990s. And then, in 2001, Peter Hessler’s River Town appeared. A remarkable book, River Town is much more than an account of the author’s two years as a teacher in Fuling, China, far up the Yangtze River. Hessler particularizes his students and shares the joys and pains of teaching them. But they’re just the core of a wide curiosity that takes him into the lives of ordinary people in the town itself and the surrounding country—people as different as a noodle-shop owner, a priest, and a rice farmer–who enter the story when Hessler surprises them by speaking to them in their own language. He has a good eye, a fine understanding of what he sees, and a grasp of Chinese culture and history. He also has considerable descriptive powers, and altogether the performance that proceeds from them is a little breathtaking.

One is inclined to think of River Town as the be-all and end-all of foreign teacher memoirs; after it, the astonished and grateful reader is apt to conclude that nothing can ever be quite as good. And since it’s 2001 publication, nothing in this genre—if one can call it such—has been published.

Why the silence? One wonders why such memoirs have disappeared in recent years, considering the hundreds of American teachers, TEFL-certified and otherwise, who continue to staff English-language classrooms in China. Certainly, an American teacher in China has much to report; her students may wear current Western fashions and carry smartphones but they have yearnings and challenges similar to those of an earlier generation. Certainly, the prevalence of social media deserves some of the blame. With so many options for Information sharing, the memoir format may seem a little, well, old hat.

Whatever the reason for that change, the four memoirs by American teachers noted here are valuable as windows on the “old” China, after its opening to the West. They’re important for what they say about a China profoundly shaken by the turmoil of the Cultural Revolution, a China of poverty and backwardness, whose students were eager to escape to the West, to embrace its modern ways, its freedoms and material plenty. They describe a China far removed from the prosperity it now enjoys.

Of course, some things have not changed. Bill Holm, who grimly noted the “dirty, overcrowded, and chaotic” conditions in China in 1986, would still find such scenes today, in 2019, even in the new China, self-confident in its role as an economic superpower. But it’s likely Holm would find other matters to care about, such as state-sponsored surveillance and the widespread censorship of information. No doubt he would find new stories worth telling. 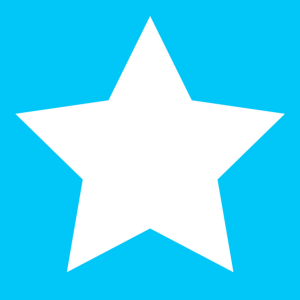